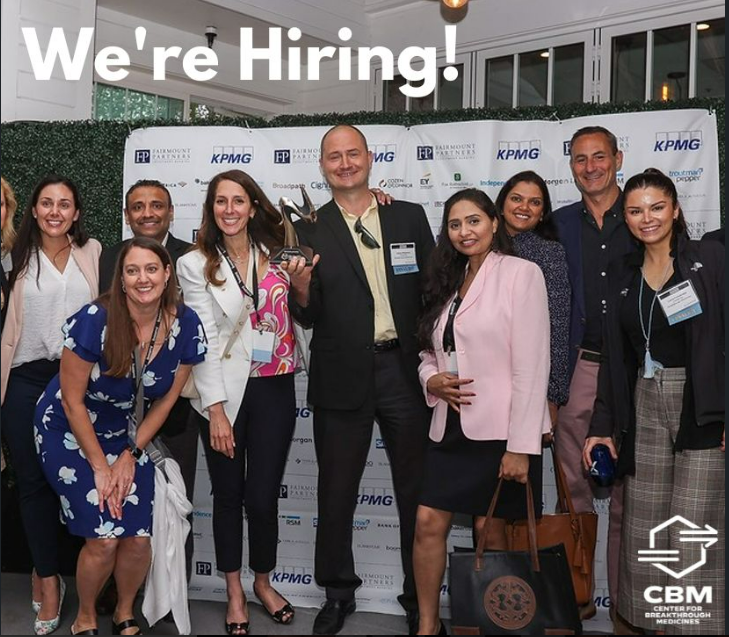 Since its launch, The Center for Breakthrough Medicines (CBM) has seen exponential growth as a concierge life sciences services organization. That growth was highlighted during the first quarter of this year with the hiring of approximately 200 additional people.

Audrey Greenberg, co-founder of CBM and also the executive director of The Discovery Labs, said the successful growth seen at CBM is a testament to the great company culture the organization has built since its founding in 2019. Among the hires in the first quarter of this year is John Lee, PhD, the new Vice President and Head of Cell Therapy. Lee, an accomplished CAR-T immunobiologist, was hired in March to lead cell therapy programs at CBM. Prior to joining CBM, Lee established the Cell Therapy Platform team at Janssen Pharmaceuticals. He also served as head of Oncology Cell Therapy at GlaxoSmithKline.

Lee reports to CBM’s Chief Executive Officer Joerg Ahlgrimm, who was brought on to build out the organization’s capacity to support the manufacturing of cell and gene therapies. Ahlgrimm, who previously served as chief operations officer for the organization, joined CBM after serving as Head of Global Operations Pharma Biotech and Nutrition at Lonza.”