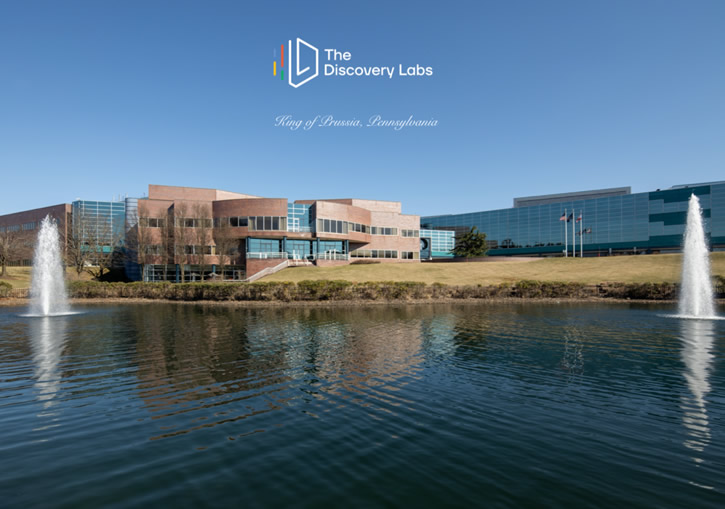 KING OF PRUSSIA, Pa., (May 25, 2021) – The Discovery Labs has signed a foundational lease with the University of Pennsylvania Gene Therapy Program (GTP), which will use Discovery Labs’ suburban campus for a portion of its expanding research operations focused on the development of genetic medicines for rare and orphan diseases, as well as acquired and pandemic infectious diseases, such as COVID-19.

“Dr. Wilson and his incredible team at Penn have helped establish Philadelphia as a leader in gene therapies, and we are deeply honored to have the opportunity to work with him and his incredible team of scientists through the expansion of their world-class research and development labs,” said Brian O’Neill, Founder and Chairman, Discovery Labs. “To welcome Penn’s Gene Therapy Program as the anchor tenant for our planned life sciences cluster here in King of Prussia is strong validation for the incredible life science ecosystem that is emerging in Greater Philadelphia.”

The facility expands the Gene Therapy Program’s available space for vector operations, including two dedicated floors for the expanded Penn Vector Core, a full-service viral vector core facility that produces viral-based vectors for gene transfer for researchers both within and outside of Penn. The Penn Vector Core has deep expertise in state-of-the-art vector technology for basic research applications that advance understanding of gene function and the development of therapeutic vectors.

“The past few years have been a pivotal time in the development of gene therapies, and our new space at Discovery Labs will propel us even further in charting the future of the field,” Wilson said. “With additional state-of-the-art equipment and increased operational capabilities, we are well-positioned to enhance the design and execution of our innovative, transformative therapies.”

Terms of the deal include a multi-year lease and over 150,000 square feet of lab space encompassing two buildings on Discovery Labs’ one-million-square-foot campus on Swedeland Road in King of Prussia. Penn Medicine joins GSK, WuXi Biologics, and The Center for Breakthrough Medicines (CBM) on the biotech innovation campus. The Gene Therapy Program will be adjacent to the Discovery Labs’ 700,000-square-foot Innovation Renaissance campus anchored by other leading healthcare companies and organizations such as Thomas Jefferson University Health, Children’s Hospital of Philadelphia, Amerisource Bergen/World Courier, and Tosoh Biosciences and is just up the road from the recently acquired 660,000 square foot Philadelphia Inquirer printing plant that will be converted into life science research and manufacturing facilities.

MLP was represented by Joe Corcoran, Senior VP, and Julian O Neill, Director of Marketing, in the transaction. The University of Pennsylvania was represented by Colliers’ Executive Vice President Joe Fetterman. In its recent market report, Converging for Cures, Colliers identified The Discovery Labs as being located within one of eight significant Life Science neighborhoods in the Philadelphia cluster.

The Discovery Labs is the first complete global platform for discovery, development, and delivery of life-changing science and technology. The Discovery Labs ecosystem supports several signature businesses including the Center for Breakthrough Medicines, the largest single-point cell and gene therapy contract development and manufacturing organization in the world, and Discovery Labs Real Estate which acquires and builds life science portfolios in global innovation hubs.

Penn Medicine is one of the world’s leading academic medical centers, dedicated to the related missions of medical education, biomedical research, and excellence in patient care. Penn Medicine consists of the Raymond and Ruth Perelman School of Medicine at the University of Pennsylvania (founded in 1765 as the nation’s first medical school) and the University of Pennsylvania Health System, which together form a $8.9 billion enterprise.

The Perelman School of Medicine has been ranked among the top medical schools in the United States for more than 20 years, according to U.S. News & World Report’s survey of research-oriented medical schools. The School is consistently among the nation’s top recipients of funding from the National Institutes of Health, with $496 million awarded in the 2020 fiscal year.

Penn Medicine is powered by a talented and dedicated workforce of more than 44,000 people. The organization also has alliances with top community health systems across both Southeastern Pennsylvania and Southern New Jersey, creating more options for patients no matter where they live.

Penn Medicine is committed to improving lives and health through a variety of community-based programs and activities. In fiscal year 2020, Penn Medicine provided more than $563 million to benefit our community.